The demographic boom: An explainer on Uganda’s population trends 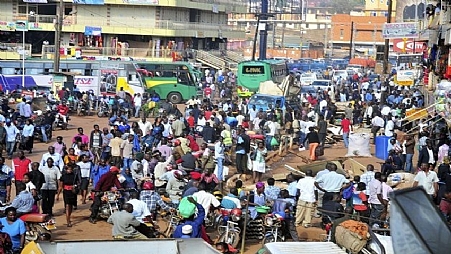 These demographic trends will have major implications for Uganda’s development path over the next 40 years. With its decreasing mortality rate and an increasing share of working-age individuals, Uganda is entering the early transition stage of its demographic transition.

A demographic transition is when a country evolves from a state of high mortality and high fertility into one with low mortality and low fertility, with a period of rapid population growth first triggered by declining mortality rates, followed by declining fertility rates. When the country experiences rapid economic expansion and considerable gains in terms of human capital indicators, the demographic transition can be strongly linked to a demographic dividend. Higher survival rates in a given cohort, followed by fewer children in the next, produces a population bulge that translates into a higher labor supply and a lower dependency ratio. The effect is magnified when lower fertility allows women to enter the labor force at a higher proportion. Those who enter working- age can produce for their households and themselves while having fewer children than previous cohorts.

This Allows society-both households and government to invest education and health resources in fewer children, increasing human capital for the members of this bulge cohort.As these groups move into productive jobs, the gains in terms of household and national income are materialized, thus creating a demographic dividend for the country.

Investments in the health and education of youth early on is key to achieving the benefits of the demographic dividend. As Uganda is at the early transition phase of its demographic change, now is the ideal time to plan and ramp up the expansion of basic public services in line with these population projections. Doing so will put Uganda on the path to realizing the demographic dividend and enjoying higher economic growth for years to come.